Sarah Cutler Benzing, 25, from Asheville, North Carolina, has wanted to be an occupational therapist since the eighth grade. That’s when she came down with a rare autoimmune disease that left her, she says, “not being able to get off the floor.” Sarah was treated for a week at Duke University Children’s Hospital & Health Center, in Durham, North Carolina, and had follow-up appointments for several years afterwards. During this time, she became close with her therapists.

“It was neat to see the relationship you could build with someone and how that impacted my life,” Sarah says. “It helped me get stronger and back to the things I enjoyed.”

Fast forward to Thanksgiving Day 2014. Sarah was a senior in college majoring in psychology and applying to graduate school to study occupational therapy. She’d gotten engaged to her then-boyfriend, Ben Benzing, three days earlier. But while taking a family photo after dinner with her fiancé and more than two dozen family members, the deck they stood on collapsed. In the 15-foot fall, Sarah sustained an L-1 incomplete spinal cord injury, resulting in paralysis in her legs.

Sarah spent a week at Greenville Memorial Hospital in South Carolina, before transferring to Shepherd Center. At the time, she couldn’t even sit up in bed.

“It was scary,” she recalls. But soon staff used a lift to get her into a wheelchair and whisked her to therapy. Sarah’s response: “Let’s do it!”

Sarah left seven weeks later, more determined than ever to pursue occupational therapy. “I was really emotional,” she says of leaving Shepherd. “I progressed so much there. They motivated me, they pushed me. I was thankful for that.”

Sarah got married in the spring of 2015, finished her undergraduate degree that summer, and then participated in further outpatient therapy. In spring of 2016, she spent a month back at Shepherd Center in the rigorous, activity-based Beyond Therapy® program to build strength and endurance for graduate school.

Two years later, she walked across the stage at Lenoir-Rhyne University, in Hickory, North Carolina, to receive her master’s degree in occupational therapy.

Sarah believes her years of rehabilitation – and all the moments of doubt, frustration, exhilaration and reward – gives her work a rare perspective.

I think I really can be used in a greater way,” she says. “I’ve been in their shoes. I know what it feels like. I feel I’ll be able to understand them in a way some people can’t.

“I’ve already had great conversations with patients,” Sarah adds. “I’m able to say I’ve been in those dark places, that it sucks right now, but it’s going to get better. Look where I am now. Never give up.” 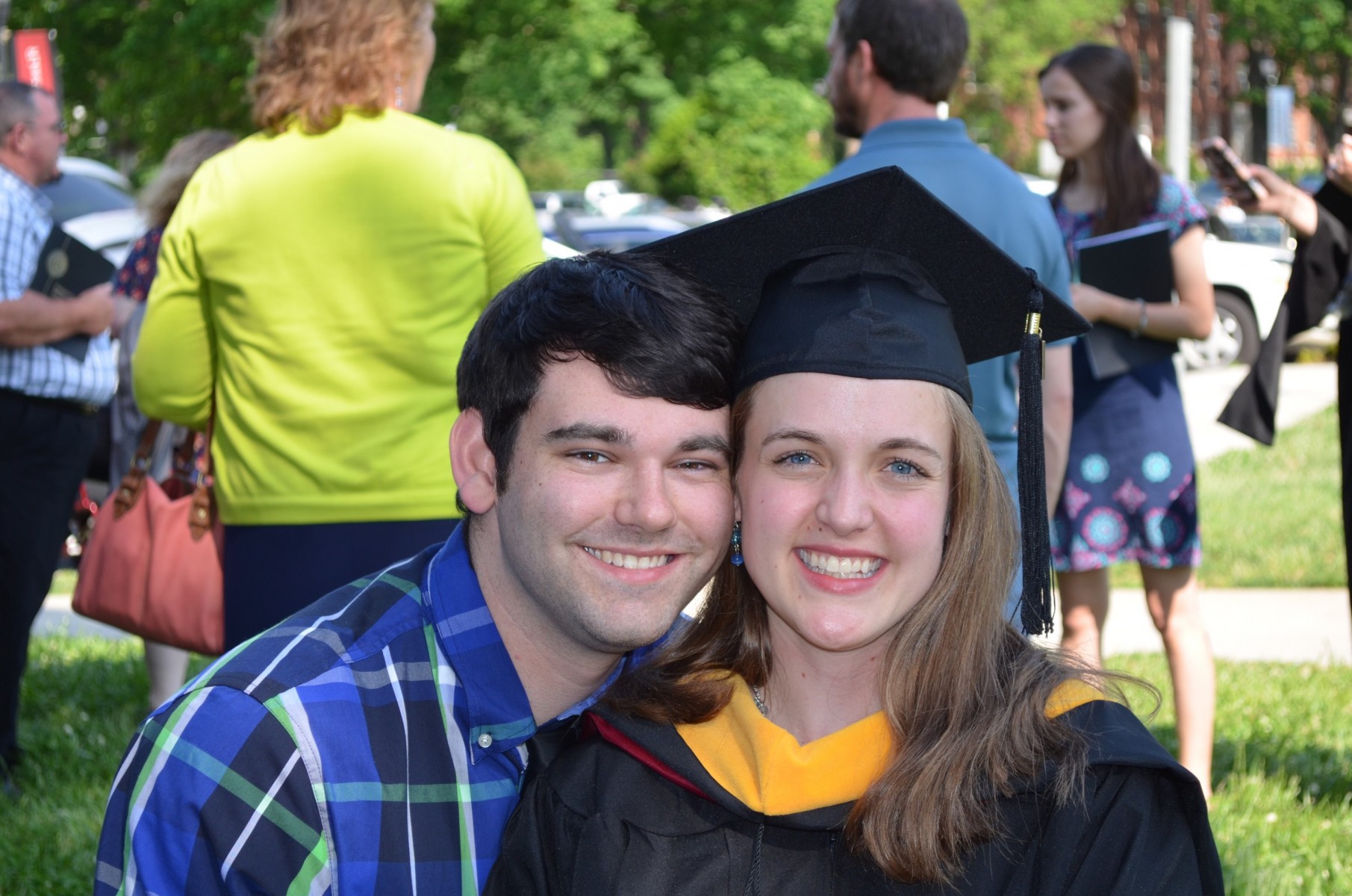 Ben and Sarah Benzing at her graduation
Sarah Cutler Benzing sustained a spinal cord injury in 2014 and recently received her master’s degree in occupational therapy.