ATLANTA – Paralympian and Shepherd Center athlete Curtis Lovejoy was inducted into the Georgia Aquatics Hall of Fame on Aug. 24 in recognition of his many accomplishments, records and medals earned in swimming.

Lovejoy, 56, has won eight Paralympic medals and holds 10 world records, five Pan/Am records and 14 U.S. records. He began swimming following rehabilitation for a paralyzing (C-5 to -7) spinal cord injury he sustained in a car accident in 1986.

Lovejoy attributes his athletic success to a positive outlook and disciplined training regimen. “I never would have guessed that I would accomplish so much right after my injury happened,” he said, reflecting on his athletic career.

He added that mentoring a successor to follow in his athletic footsteps will complete what he hopes to accomplish in his sports career. As the head coach of the Shepherd Sharks swim team, Lovejoy has coached swimmers ranked fifth and 10th in the world, as well as numerous other successful swimmers.

Shepherd Center sports teams coordinator Matt Edens, who has worked closely with Lovejoy, said:  “No one is more deserving to be a hall of fame inductee than Curtis. He puts in his time in the water and gives back to the sport, as well.”

Lovejoy added that he would not be where he is today without the love and support that Shepherd Center has provided for him. 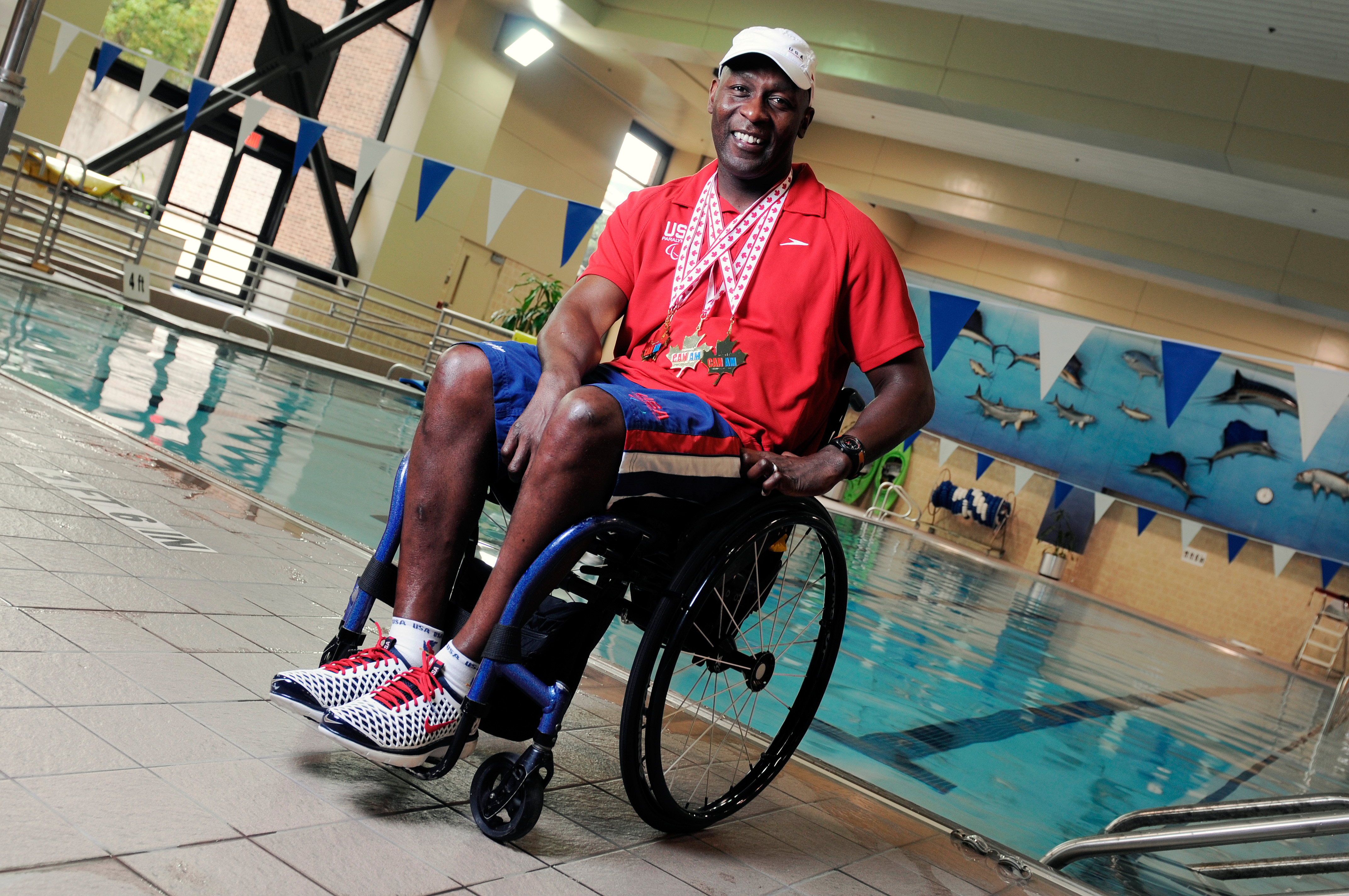 Paralympian
Shepherd Center swimmer Curtis Lovejoy has been inducted into the Georgia Aquatics Hall of Fame. Photo by Gary Meek
About Shepherd Center