Multiple Sclerosis Does Not Stop Gardener from Pursuing Her Passion

Multiple Sclerosis Does Not Stop Gardener from Pursuing Her Passion

Kay Izard prides herself on being independent and pursuing her passion for gardening.

Since being diagnosed with multiple sclerosis in 1980, Kay Izard, 61, of Roswell, Ga., has prided herself on remaining independent and has continued to pursue passions like gardening. In fact, in January 2014, Kay was elected to a second term as president of the North Fulton Master Gardeners.

When Kay’s husband of 23 years, Ken, passed away in September 2012, Kay grieved the loss. She was also surprised to discover how dependent she had become on Ken through the years.

“He had started doing so much for me,” Kay said. “After he passed away, I realized there were things that I needed to start doing for myself again.” First among them was to get her driver’s license. “I’d let mine expire because Ken drove us everywhere.”

So in the spring of 2013, Kay headed to Shepherd Center, where she has been seeing doctors at the Andrew C. Carlos MS Institute since moving to Atlanta in 2004. “I usually see Dr. (Sherrill) Loring,” she said. “She’s a great doctor, but she’s also a great listener. That means a lot for an MS patient.”

Last year, Kay went to Shepherd Center’s Adaptive Driving Services for a driver’s evaluation and adaptive-driving training. In June 2013, she earned her driver’s license once again.

“That was very important to me to have that independence and mobility,” Kay said. Now, she can easily travel to her parents’ house in Marietta. And, of course, go out for supplies for her cherished garden.

During the winter, she grew lettuce, spinach, potatoes and herbs, such as parsley and coriander. “And English peas,” she said. “I love those. Every year, I write on my calendar, ‘Plant more peas!’ And every year I wish I’d planted more!

“As we gardeners like to say, ‘There’s always next year!’” 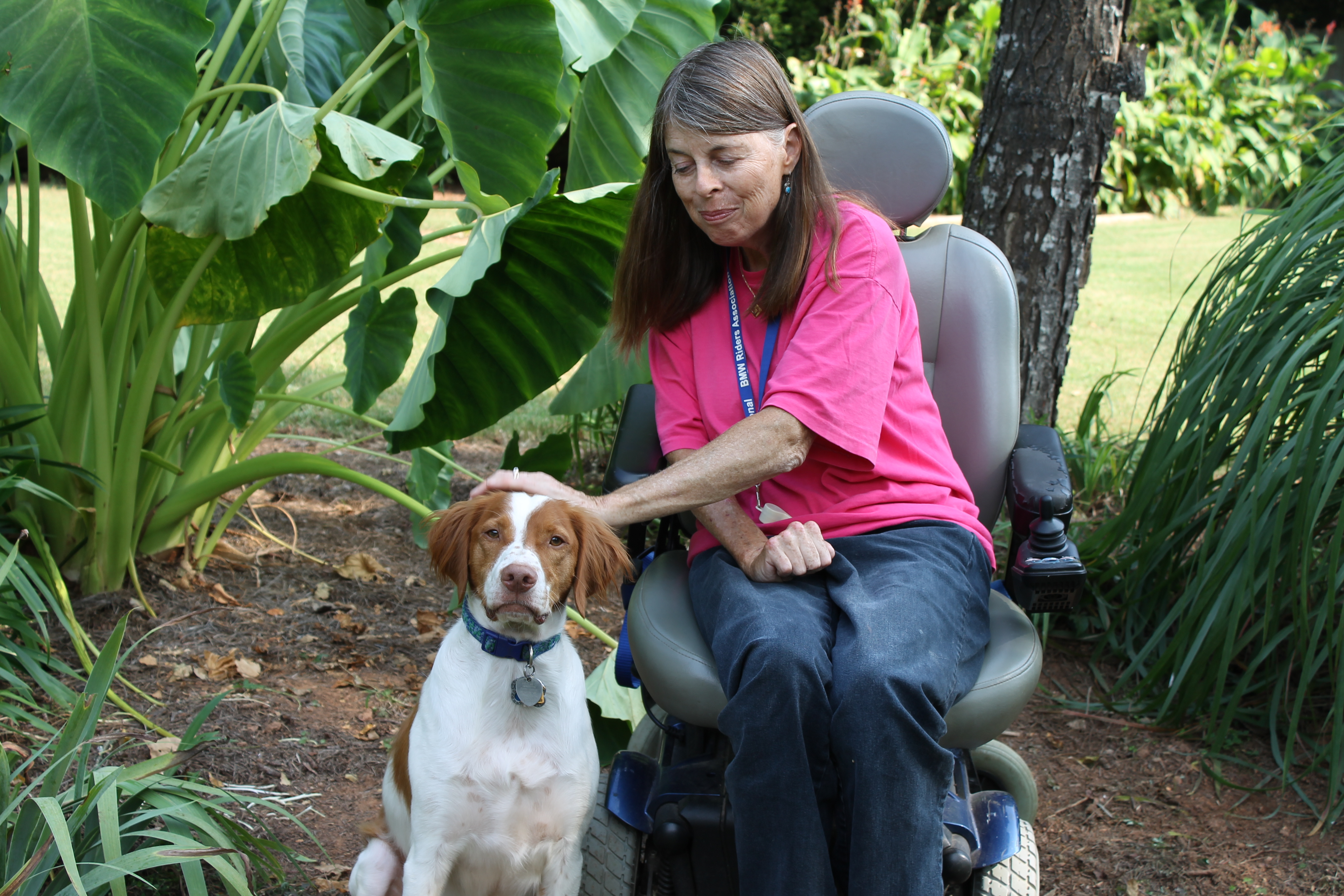 Kay Izard
Multiples sclerosis patient Kay Izard, of Roswell, Ga., prides herself on being independent and pursuing her passion for gardening. Photo by Caitlin Wagenseil of Northside Women Magazine
About Shepherd Center