As vice president of government relations for the Georgia Hospital Association, Anna Adams, 32, works to educate elected state and federal officials on legislation that affects hospitals, as well as the patients and communities those medical centers serve.

“This is my dream job,” she says. “Healthcare is my career background, and I was always most interested in healthcare policy.”

True, she and her husband Chase have two high-energy boys – Anderson, 6, and Davis, 3. But when Anna’s legs collapsed on a hot Fourth of July in 2015, she started doing her own research.

Anna went to her doctor and said she was concerned that she might have multiple sclerosis (MS). An MRI confirmed her suspicion. Diagnosis in hand, Anna soon began looking for a new doctor because she felt her treatment plan was being dictated to her.

“I’m an educated patient, but I wasn’t being listened to,” she recalls. “I’ve realized that we all need to take our health into our own hands. Each patient needs to be their own advocate.”

So, Anna once again did her research, scouring health sites and reaching out to contacts. One name kept coming up: Ben Thrower, M.D., medical director of the Andrew C. Carlos Multiple Sclerosis Institute at Shepherd Center.

“Coming to Shepherd Center was a complete 180,” Anna says. “There, I was heard. It was a partnership.”

Today, she returns to Shepherd Center not only for a monthly infusion that manages her symptoms, but also to share her professional expertise – speaking to senior staffers about potential bills in the Georgia General Assembly that could affect programs, patients and advocacy efforts at Shepherd Center.

“When I was first diagnosed, I worried how well I could do my job,” Anna says. “But thanks to my journey with MS, I’m now weighing in on things that I’ve experienced personally. If anything, I think this has all made me better at what I do.” 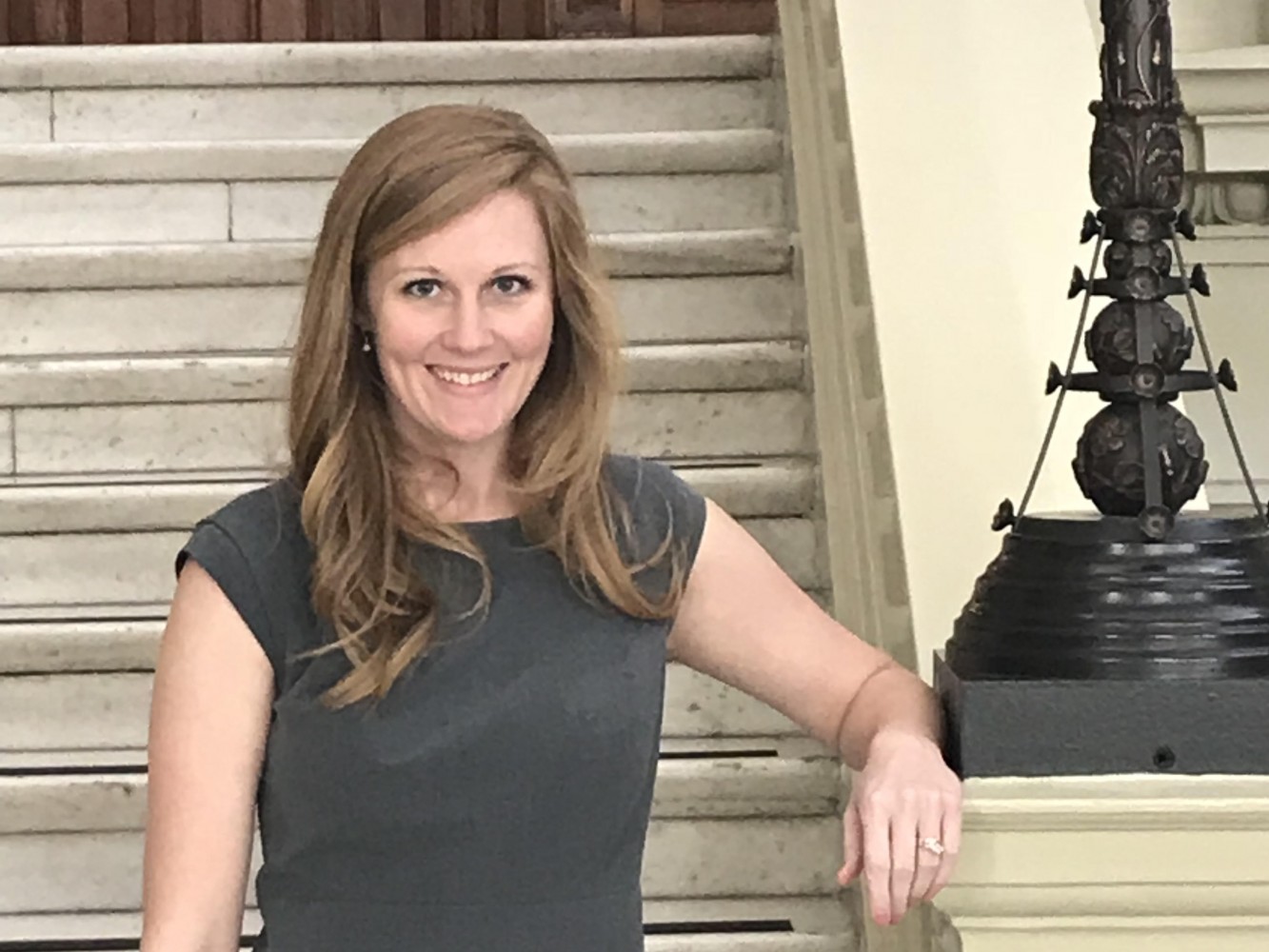 Anna Adams
Anna Adams, who has MS, is vice president of government relations for the Georgia Hospital Association.