Long-Time Supporter Creates A Legacy of Giving Back

Long-Time Supporter Creates A Legacy of Giving Back

Through a company-wide giving program, generous employees at ERB Industries have been longtime supporters of the Dean Stroud Spine and Pain Institute.

One the homepage of ERB Industries website (E-ERB.COM), Shepherd Center’s logo sits in the bottom left corner with the words “ERB Employees Support” above it. The message is subtle, but demonstrates ERB Industries’ long-standing commitment to Shepherd Center in general, and – more specifically – to the Dean Stroud Spine and Pain Institute.

The relationship started with the company’s founder, Bill Erb. As a longtime friend of Shepherd Center co-founder Harold Shepherd, Bill and his wife, Florrie (Florence Hays Erb), were generous and consistent supporters of the hospital, both through personal contributions as well as through the company, which manufactures personal protective safety products. In 1998, Bill started an employee giving program in which ERB Industries employees have the choice to contribute to Shepherd Center through payroll deduction. The support has been going strong ever since.

“Shepherd Center is a charity of choice for ERB Industries,” says Sheila Eads, the company’s CEO. “For over 20 years, we have been committed to supporting the hospital’s mission.”

Supporting Shepherd Center is aligned with ERB Industries’ main objective: to protect workers from an injury through protective products for hearing and breathing, as well as for the head, eyes, face and hands. They also produce a host of other safety products.

“We provide quality products that help protect people on the front end from injury,” Eads says, “And Shepherd Center helps them after they’ve been injured. It relates to what we do as a company, and it’s more powerful to have that tie in.”

“Shepherd Center treats people with catastrophic injuries and chronic pain by not just giving them care, but by also giving them hope,” Eads says. “ERB Industries is proud to be a part of that.”

During their lifetimes, the Erbs made many generous gifts. Shepherd Center’s third floor patient care wing was named in memory of Florrie with a gift from Bill. He also made a gift to name a patient room on the fifth floor in memory of Florrie, as well as a room in the family residence center. The couple also established the Florrie and Bill Erb Injury Prevention Fund in honor of the employees of ERB Industries.

While both Bill and Florrie Erb have passed away, their giving spirit lives on through ERB Industries. Eads estimates that approximately 65 percent of ERB Industries employees currently give to Shepherd Center each month through payroll deduction. The company also continues to make monthly contributions.

“We are so grateful for the generosity of the ERB employees who have given so faithfully to the Dean Stroud Pain Institute,” says Dean Melcher, director of development operations for Shepherd Center. “It’s a very special level of engagement.” 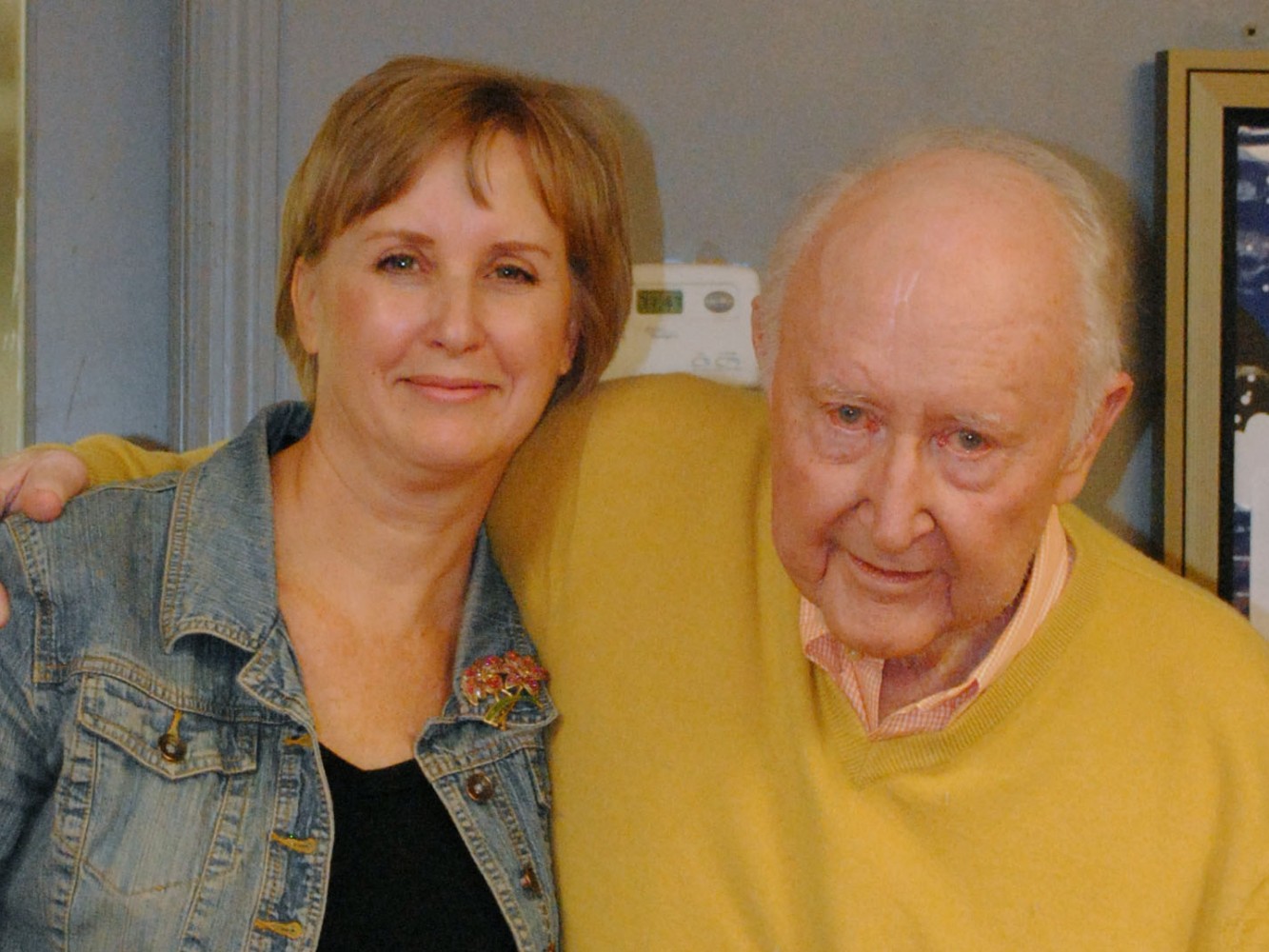