Michelle Pfeiffer, 45, got to know her future husband, Mark, on the tennis courts. Whenever she wasn’t in the classroom teaching honors and advanced placement chemistry and physics, Michelle was challenging Mark to keep up with her. Romance blossomed over one sport or another between the active duo – from tennis to golf to long-distance running.

“If there was something competitive and physical, we’d play it,” Michelle says.

The couple’s courtship was interrupted on April 19, 2015, when Michelle was rushed to a Spartanburg, S.C., hospital with a severe brain bleed that resulted in a type of brain injury called a hemorrhagic stroke. Her next memory is from several weeks later when she awoke at Shepherd Center.

Michelle’s brain injury required physical, occupational, recreational and speech therapy, all of which she received in Shepherd Center’s Brain Injury Rehabilitation Program. After graduation from the inpatient program, she moved on to Shepherd Pathways, where she completed outpatient therapy.

As she got stronger, Shepherd Center had a running specialist help Michelle regain her running form. Therapists also worked to get her mind back in shape. One of Michelle’s occupational therapy assignments was to create a lesson plan and teach a chemistry class to high school and college-aged patients at Shepherd Center.

“That was pretty cool,” Michelle says. “I felt like myself again doing that. They were so good at getting me to do things that were actually important to me.”

By January 2016, she was back at school, teaching a class. By the summer of 2016, she was doing spin classes, playing golf and running regularly on a treadmill. And this past fall, Michelle went back to work full time.

While she doesn’t yet have the energy to play sports as often during the school year, she’s got a partner who’s ready to play whenever she gives the word. Michelle and Mark got married in July 2016 and moved into a house they built together in Greenville. In lieu of wedding gifts, they asked their friends and family to make donations to Shepherd Center.

“I’m so thankful to be where I am now,” Michelle says. “We just wanted others to know about Shepherd Center and to learn about how Shepherd Center helps so many other people beyond me.” 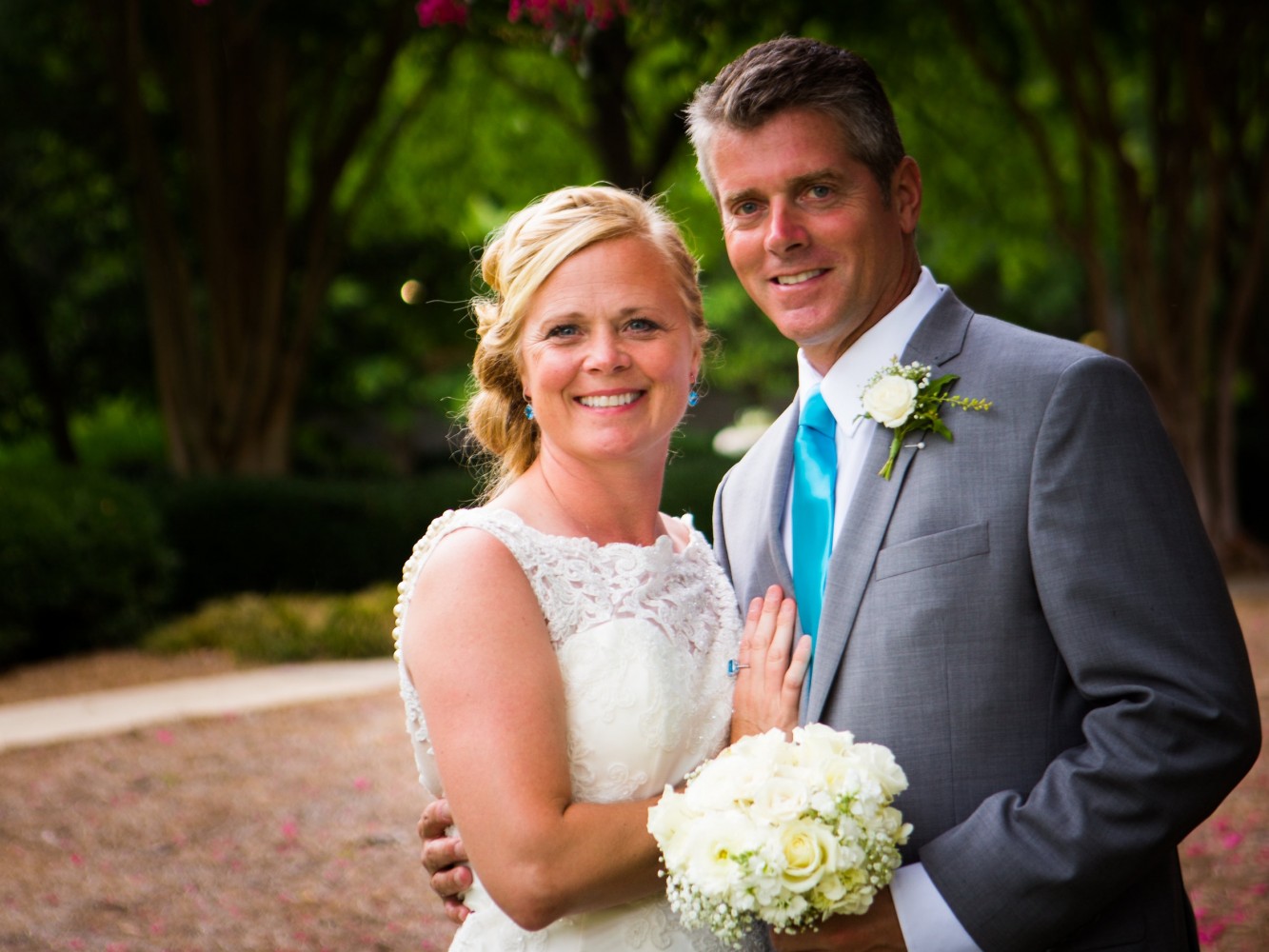 Michelle and Mark Pfeiffer
Michelle Pfeiffer completed rehabilitation at Shepherd Center and Shepherd Pathways after a severe brain bleed that resulted in a brain injury.