Tammy King honored for her 35 years of nursing and leadership at Shepherd Center.

The AJC presented King's award in conjunction with its annual Celebrating Nurses recognition program and luncheon. The Executive Nursing Leadership Award, sponsored by Mercer University, recognizes a chief nursing officer or chief nursing executive serving in an administrative capacity who demonstrate advocacy, vision and collaboration to improve patient care and the nursing workplace. While striving for excellence in service to patients, the award recipient seeks to create an internal culture that supports the professional development of all team members and purposefully identifies specific opportunities to serve and help them reach their potential.

“Tammy King is a textbook example of a nurse executive who makes things happen,” said Chet Bhasin, FACHE, Shepherd Center’s chief operating officer. “During her 35 years at Shepherd Center, she has compiled a list of accomplishments a mile deep and a mile wide. While that is very impressive to me, the best success she has is the respect of everyone at Shepherd due to her compassion, intelligence and teamwork.”

King joined Shepherd Center in 1982 as a charge nurse and then joined the senior management team in 2006 as the director of outpatient medical clinics. She became the chief nursing officer in 2008. She has served in various roles at Shepherd, including program director of the Marcus Community Bridge Program, ShepherdCare case management, urology manager, clinical nurse specialist, special projects nurse, acting nurse manager and clinical staff coordinator. She has lead and participated in more than three dozen committees.

During her tenure at Shepherd, King has organized a monthly Nursing Senate, which ensures all nurses have a space to share successes and craft solutions to challenges with team efforts. She oversees a program in which Shepherd staff members manage the transition back to the community for at-risk patients and coordinates Shepherd Center’s EMT coverage.

King, who received her associate’s, bachelor’s and master’s degrees in nursing from Georgia State University, is a strong advocate of higher education and believes knowledge can influence one’s life. She is well known in the healthcare community, having written 10 peer-reviewed publications and presented more than 30 invited lectures to professional organizations.

She was also the recipient of the Employee of the Year award at Shepherd Center in 1983, as well as the Nurse of the Year award in 1994. In 1990, King was recognized in Who’s Who in American Nursing for the Society of Nursing Professionals. Then in 2000, King received the National Leadership Award from the National Republican Congressional Committee.

Bhasin describes King as a compassionate, detail-oriented employee and manager who demonstrates these qualities daily through her contributions and work ethic at Shepherd Center. 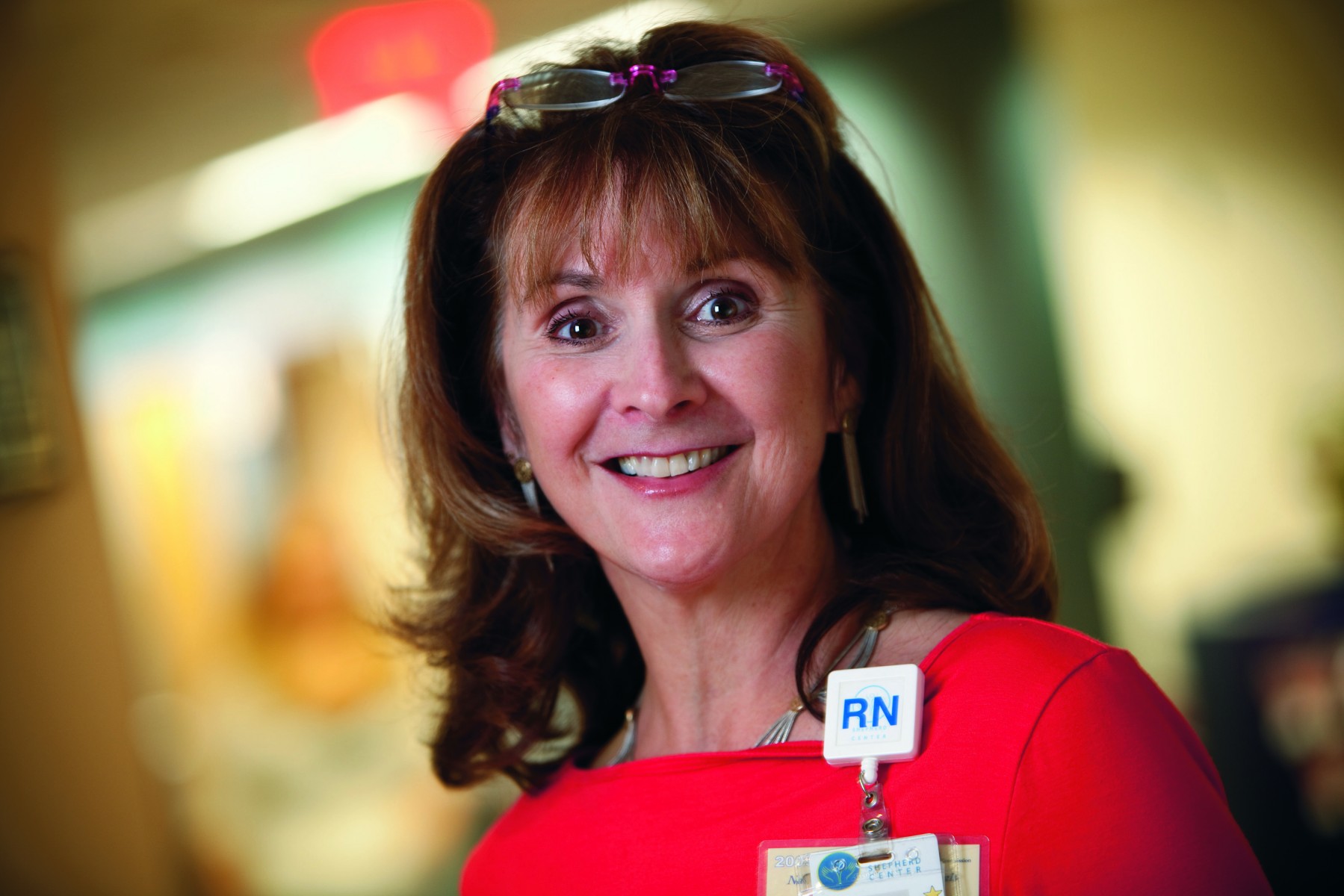