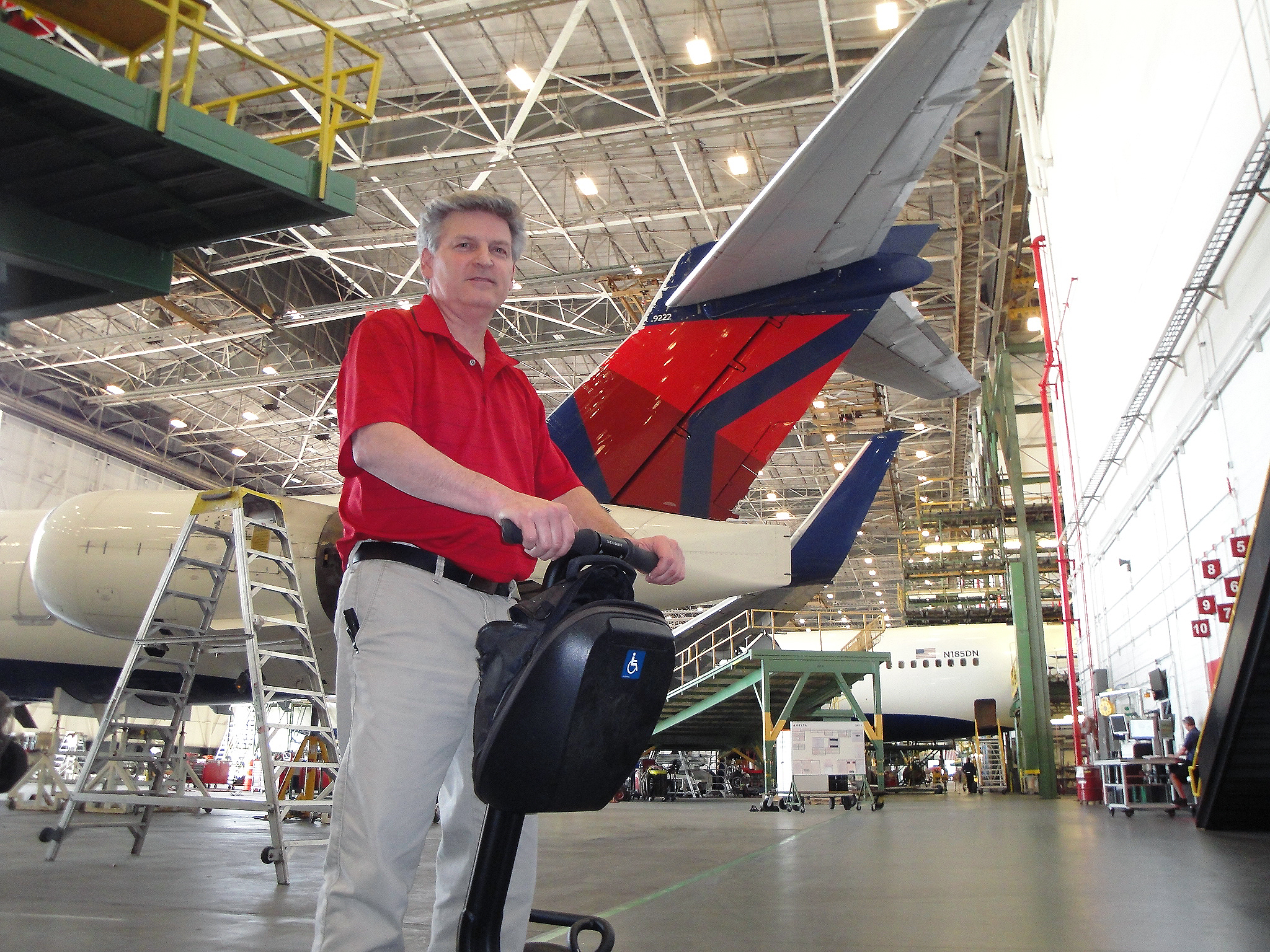 Rick Lewis
Shepherd Center multiple sclerosis patient Rick Lewis has been a Delta employee for more than 30 years and uses a Segway to to maneuver the airline's expansive hangars.

Rick Lewis, 55, of Fayetteville, Ga., was initially diagnosed with multiple sclerosis in 1994. When his symptoms became more severe in 2005, he headed to Shepherd Center.

Meeting fellow patients in the MS Institute at Shepherd Center for the first time was a wake-up call for Rick and his wife Debbie. “It was a step toward reality, highlighting the possible course I might be on,” he says. “I just thought, ‘Wow! This is real.’”

Shepherd Center’s staff developed a treatment program for Rick. With the help of Debbie, who Rick calls his “support lifeline,” he followed through on lifestyle changes, including diet and exercise. Today, Rick visits Shepherd Center once a month for medication infusions.

“Like most people with MS, some days are better than others,” he says. “But generally speaking, I’m able to do more things than many other people, and I’m very grateful for that.”

A Delta Air Lines employee since 1982, Rick has worked his way up from a mechanic to a business analyst in Delta’s maintenance department. Delta’s expansive hangars – the size of about 64 football fields – would be daunting to traverse on a daily basis for anyone. Rick says he is thankful that, for the past three years, Delta has allowed him to use a Segway to get around.

“I’ve clocked 1,400 miles on my Segway at work alone,” he says. “Most of those are miles I could not have walked. It’s provided me with an ability to stay engaged and to stay part of the social fabric at work. For me, it’s a mobility tool that’s an absolute game-changer.”

In 2013, Rick was nominated to Delta’s Chairman’s Club, which honors 100 employees each year. He also serves as president of Delta’s ABLE Network on Disability, which enables Rick to build awareness among employees about disabilities.