Seth Napel of Nipomo, California, aims to help other veterans. 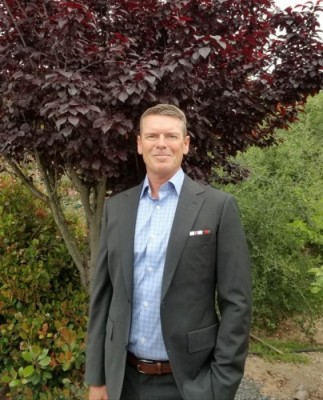 “When I saw the planes hit on TV, my priorities just changed,” says Seth, whoat the time was a 32-year-old landscape contractorfrom Nipomo, California. “I mowed lawns the next couple days and those planes stayed in the back of my mind. I thought there was a bigger purpose.”

In 2009, Seth voluntarily deployed toAfghanistan with the 2nd Battalion of the121st Infantry Regiment of the Georgia ArmyNational Guard. Two weeks into the 13-month deployment, eight soldiers from his unit were killed.

By the time he left the Army in 2011, Seth says he was drinking heavily and addicted to pills.

“The hardest part of being in the military was leaving,” he says. “It was a such a high-paced tempo. It’s hard to slow down once you get off deployment.”

Seth says he got sober after an arrest led to a stint in a post- traumatic stress (PTS) treatment facility. He focused on his health and entered endurance competitions, such as day-long obstacle course races.

But a motorcycle accident in 2017 resulted in multiple broken bones and a traumatic brain injury. Issues related to PTS – panic attacks, severe depression – returned. Seth reached out to a veteran who had talked glowingly about the comprehensive rehabilitation program at Shepherd Center’s SHARE Military Initiative. The donor-funded rehabilitation program focuses on treatment for active duty or separated service members who have served in the U.S. military since September 11, 2001, and who are experiencing symptoms of or have a diagnosis of mild to moderate brain injury or concussions and any co-occurring psychological or behavioral health concerns, including post-traumatic stress.

Seth entered the program in the summer of 2018. He was instantly struck by its support and structure.

“I was impressed with all the staff,” he says. “Everyone went above and beyond the call. Everyone had something to bring to the table.”

He loved the recreational therapy opportunities that took him out of his comfort zone, including indoor rock climbing, drumming in an all-vet band and swimming with sharks at the Georgia Aquarium.

“This was, for me, an epic voyage in self-discovery,” Seth wrote to Shepherd Center after discharging from SHARE in December 2018.

Seth has since enrolled in college. He plans to get a psychology degree and help veterans as a peer counselor or therapist.