Sara Gallagher is now pursuing a career as a rehabilitation counselor. 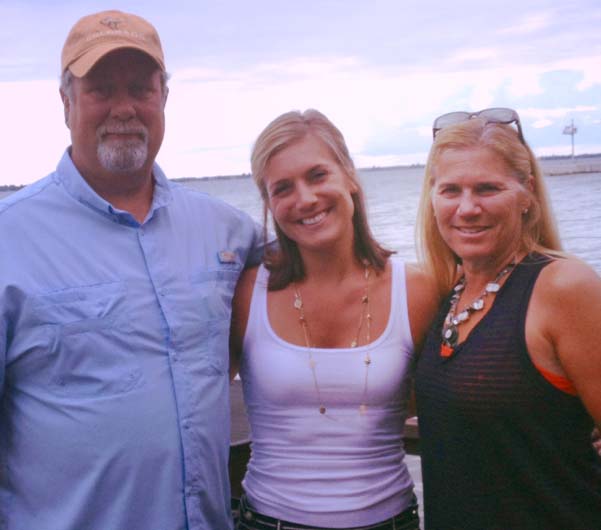 Shepherd Center was a tough transition for Sara Gallagher, 27, of Watertown, N.Y. Sara sustained a traumatic brain injury and a T-6 to -7 spinal cord injury in an all-terrain vehicle (ATV) accident near her home. Before she was admitted to Shepherd Center for rehabilitation, Sara underwent spinal fusion surgery at Upstate Medical University in Syracuse. The lingering effects of her brain injury kept her frustrated.

“I just remember arriving at Shepherd Center and wanting nothing more than to go straight back home,” Sara says. “By the end, I didn’t even want to come home!”

She cites her mother’s steady encouragement as the reason she was able to stick with Shepherd Center's intensive rehabilitation program. “Lots of people at Shepherd Center still remember us as a pair,” Sara says. “My mom is my angel. There’s no way I’m here without her. Our family has always been a huge part of my life, and there’s nothing we wouldn’t do for each other.”

After completing inpatient and day program rehabilitation, Sara eventually spent an extra six months living by herself in Atlanta while participating in an intensive walking program at Shepherd Center. By the time she returned home, she could walk using crutches or canes.

“Shepherd Center has so many resources, obviously, but what I liked most was that you always had people helping you who weren’t judgmental,” Sara says. “It’s a big thing to have an unconditional support group surrounding you at all times.”

Returning home, she admits, proved an even bigger challenge than leaving home had been. She cherished having her independence again. “But it was hard to have the same sense of purpose I’d had at Shepherd Center,” Sara says. “It was like, ‘Now what?’”

She found the answer in a return to school. This past August, Sara earned a bachelor’s degree in human services. She’d always thought about being a counselor; her time at Shepherd Center crystalized what kind of counselor she wanted to be.

“My goal now is to be a rehabilitation counselor in a hospital setting like Shepherd Center,” she says. “It changed me. I can’t imagine a life in which I’m not helping people in some way. That’s my passion now.”