Guided By a Philosophy of Always Giving Back: Duncan Beard

Guided By a Philosophy of Always Giving Back: Duncan Beard

Since 1977, Duncan Beard has had a presence at Shepherd Center and plans to continue to give back after he’s gone. 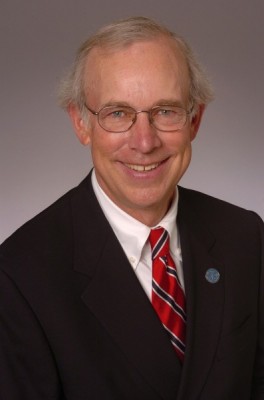 When he was a young boy, Duncan Beard remembers his father piling his brothers and sister into the car and driving them to see the new Sunday school building at Moultrie Presbyterian Church. His father had helped fund the project.

“I just remember feeling so proud of my father and the fact that my family had helped pay for that building,” he says.

That feeling has stayed with Duncan, as he has made philanthropy, and the desire to make the community in which he lives a better place, a guiding philosophy in his life. He’s also wanted to set an example for his own son.

“Children learn by what you do, not what you say,” Duncan says. “So I have always tried to lead by example.”

Shepherd Center has been a big beneficiary of that philosophy.

In 1977, Duncan was introduced to late Shepherd Center co-founder James Shepherd by a mutual friend, and James asked Duncan to serve on the board. At the time, Shepherd Center was only a six-bed hospital, utilizing rented space in another hospital. He can remember having board meetings in the dining room of James’ parents and co-founders Alana and Harold Shepherd’s home.

“I was relatively new to Atlanta, and I wanted to establish myself and get to know people in the community,” Duncan says of his reason to join the board.

He also had another connection: His wife’s cousin, who was injured in a car accident, was one of the hospital’s first patients.

Throughout the years, Duncan, who spent his career in the life insurance industry, has been a consistent contributor and a regular presence at Shepherd events. He has played in the Shepherd Center Cup – an annual golf tournament that raises money for Shepherd Center – every year but one since its inception in 1989. Currently, Duncan can still be seen in the hospital, volunteering to feed the patients breakfast in the mornings.

“Shepherd Center is the best facility of its kind,” he says. “They put peoples’ lives back together. Everyone is so upbeat, including the patients, and I’m happy to be involved in such a positive, inspiring place.”

Duncan plans to continue to have an impact on Shepherd Center beyond his lifetime. As a part of his estate planning, he purchased a life insurance policy years ago and designated Shepherd Center as the beneficiary, making him a legacy donor.

“This way, I know that the money is guaranteed to go to Shepherd Center,” he says. “It’s important to me that I continue to support this hospital. I have always tried to make the world a better place, and this is my part.”