From I Can't to I Can: Shawn Tyson
Newsroom

The Paths That Led Us Here
Making a Difference in Patients’ Lives
I Can't to I Can: Rob Newbill
I Can't to I Can: Carolynn Goerke
“I Can’t” to “I Can”
In New Issue of Spinal Column, Shepherd Center Employees Reflect on the Unique Paths that Led Them to Where They are Today

From I Can't to I Can: Shawn Tyson

Nearly two years after sustaining a traumatic brain injury, Shawn Tyson has made tremendous progress and plans to get back to working with cars. 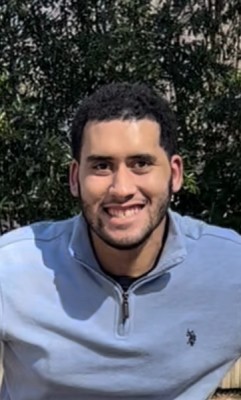 Shawn Tyson had a goal. By his 20th birthday in August 2022, he would be able to walk on his own, without the assistance of a cane.

He met that goal, achieving yet another milestone in a year and a half filled with them.

Shawn sustained a traumatic brain injury on December 31, 2020, when a car he was riding in slammed into a telephone pole, and his airbag did not deploy. He was taken to Regional One Medical Center in Memphis where he immediately underwent brain surgery. He remained in a coma for two months.

His prognosis was bleak, but his mother, Melissa Hewitt, refused to accept it. She remembered hearing about Shepherd Center from her father who was a professional football player and a firefighter.

“He always said, ‘If you have a catastrophic injury, the best place to go is Shepherd Center,’ and that just stuck with me,” she says.

When Shawn arrived at Shepherd Center on March 18, 2021, his eyes were open, but he remained unresponsive. He eventually was able to walk with assistance and could respond to “yes” and “no” questions. After three months, he hit a plateau, and both his care team and Melissa thought it would be best for him to take a break and go home.

“The light came on when he was back home with his family,” Melissa says. Shawn did weekly physical, occupational, and speech therapy and made progress every day. In April 2022, he returned to Shepherd Center to continue his treatment in the Brain Injury Rehabilitation Program.

Nearly two years after the accident that almost took his life, Melissa says Shawn has almost fully recovered. Both she and Shawn credit Shepherd Center for giving them hope and care, especially after being told he would never live a normal life.

“Just the atmosphere alone was motivating,” Melissa says. “It was the worst time of my life and they just made it easier.”

As for the future, Shawn, who grew up working on cars with his father, plans to start a business building and restoring high-performance race cars. It was something he was working toward before his accident. He also hopes to one day be a race car driver.

“That’s what kept me going,” Shawn says. “I wanted to get back to working with and driving race cars. Thanks to Shepherd Center, I think I will be able to do that.”