Fifteen years have passed since Jeff Ledbetter, 49, of Muscle Shoals, Ala., spent nearly three months at Shepherd Center. In a motorcycle accident, he sustained a T-5 to -6 spinal cord injury, a collapsed lung and a blood clot in his brain.

“The biggest thing I remember about Shepherd Center is that nobody thought you needed to be handled like a baby,” Jeff says. “They didn’t cut you any slack. I appreciated that and, really, I needed that.”

There were times when Jeff laughed at what his therapists told him he was going to accomplish. “Sometimes I’d just think, ‘Are you crazy?’” he says with a laugh. “But they’d get me there. I think a whole lot of everyone there. They really taught me how to take care of myself again.”

Jeff also cites the support of his family, particularly his wife Connie. “She’s been extraordinary,” Jeff says. “She’s done so many things for me. Honestly, I don’t know if I could have done it if it was the other way around. She’s pretty special.”

Twelve weeks after his injury, Jeff returned to his job at a north Alabama manufacturing plant. When the plant shut down in 2004, he found himself out of work. Jeff didn’t stay down long. He used disability funds provided by the state of Alabama to pursue a bachelor’s degree in business management, graduating in 2008.

In 2007, he took a part-time job with a flooring manufacturer in Tuscumbia, Ala., while finishing his degree. The gig led to a full-time job there, and for the past three years, Jeff has served as the company’s manager of human resources.

Even more important to Jeff is the spiritual perspective he’s gained over the past 15 years. “I wouldn’t trade anything for what God’s done in my life,” Jeff says. “And not just with work or family. My injury was a wake-up call. It took a pretty good kick in the pants to realize the mercy I’ve been shown, but the biggest change for me is that God used all this to save me.” 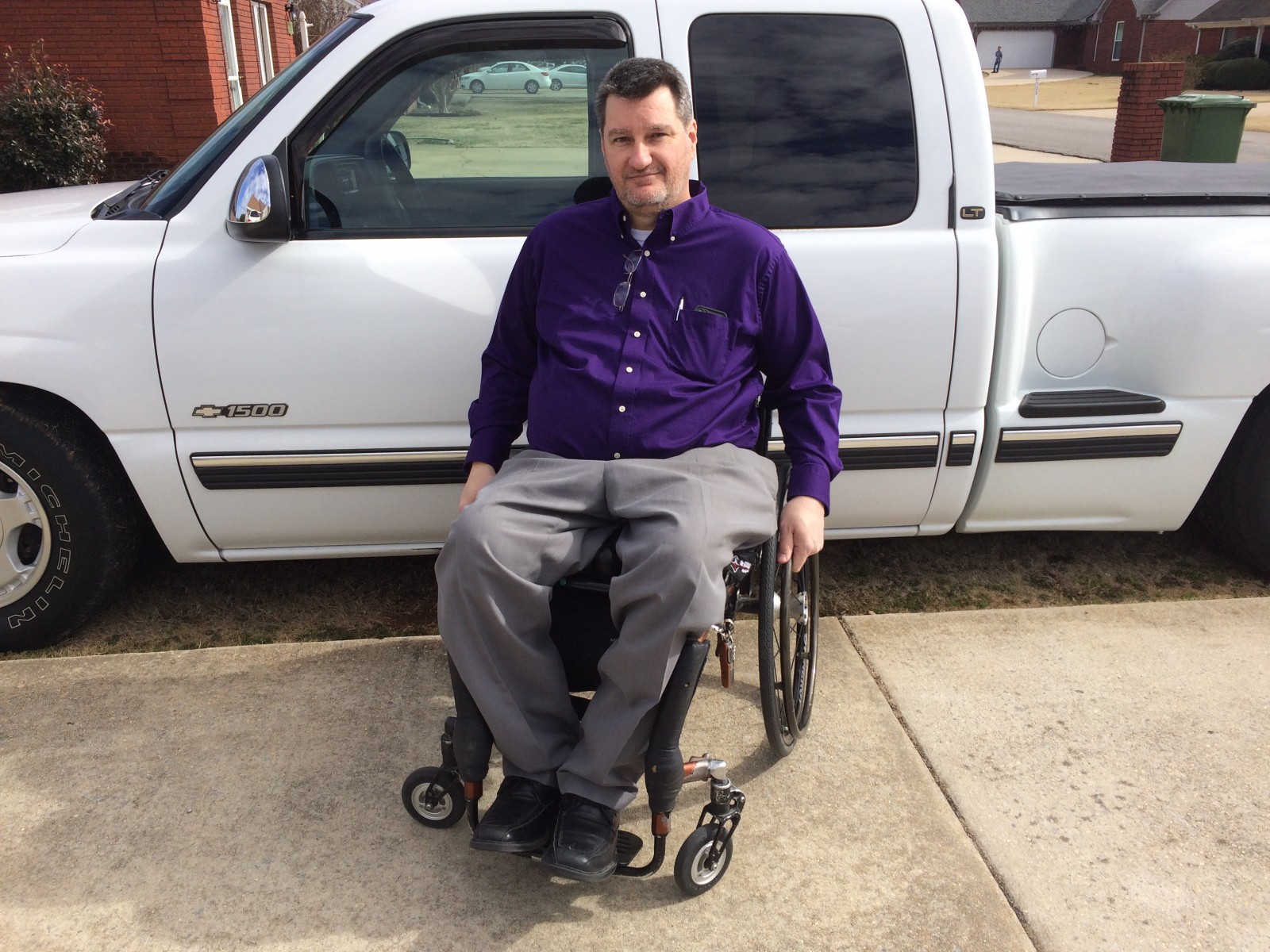 Jeff Ledbetter
Jeff Ledbetter was a patient at Shepherd Center 15 years ago after sustaining a spinal cord injury in a motorcycle accident. Since then, he has earned his bachelor’s degree and works full time in human resources.